Thank you No Dogs Left Behind For Bringing Jack To Me!

From the moment I became aware through social media of Jeff Beri’s, No Dogs Left Behind Organization and its heroic efforts to crush the China dog meat trade, I felt the “pull.”

As I became more educated through their website and other means, my passion to spread the message grew as did my urgency to volunteer and adopt a dog from China! Finally, I took the plunge!

I reached out to NDLB through social media. Their Director of Adoptions, Brandy responded immediately to my inquiry. She was absolutely lovely. She made the adoption process easy. She conducted the phone interview, provided me with photos and videos of the dogs, and assisted me in the decision making.

I completed the adoption form, provided them with requested information, and within two days, the adoption was finalized. I became the proud parent of Jack the Samoyed! Brandy completed all the travel arrangements, and two weeks later on November 22, 2019, my precious cargo arrived! 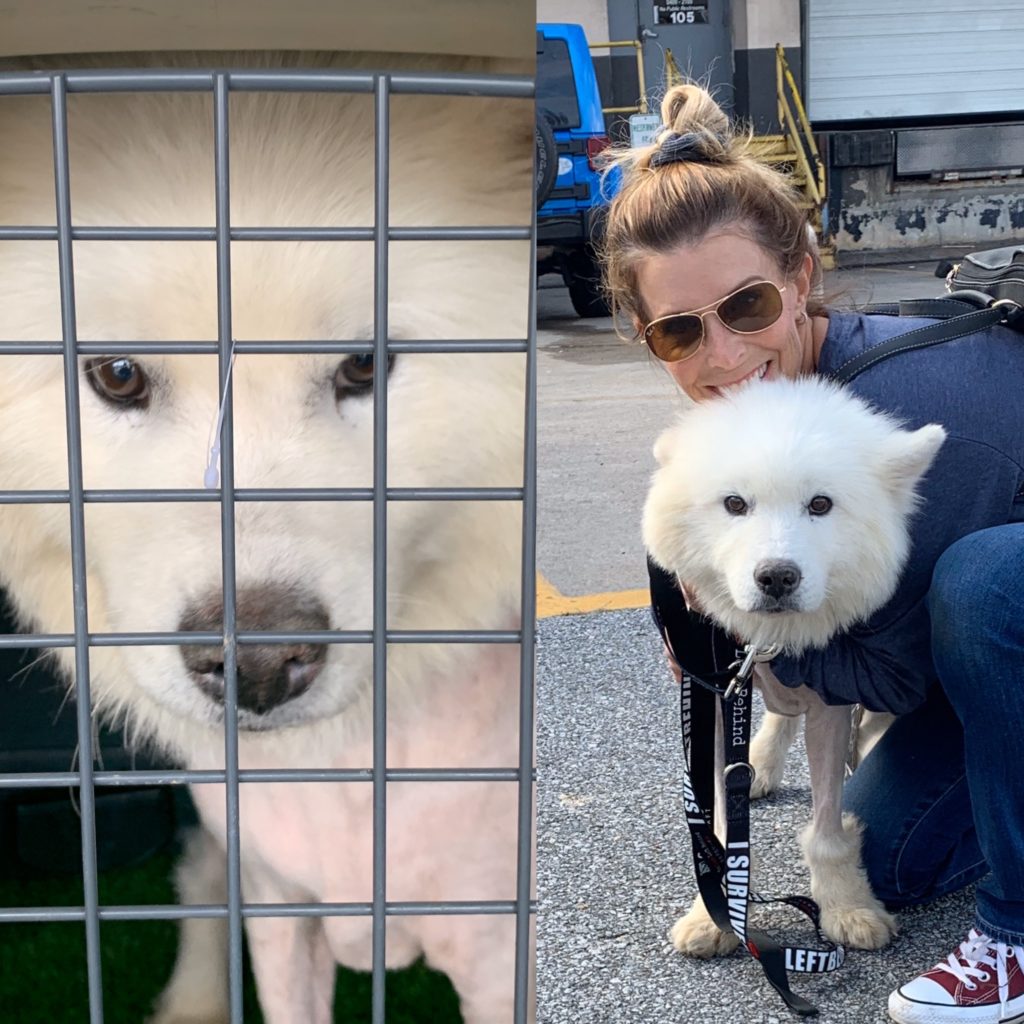 Let me say, nothing could have prepared me for what I saw and felt next! I truly realized this adorable, wide eyed, pumpkin head Samoyed who was staring straight at me through his crate door, had been stolen from his home, or worse yet, betrayed by his owner.

Jack had cheated death, and just flew over 7000 miles to ME! I was overcome with tears and gratefulness to God for Jeff Beri, and the advocates at No Dogs Left Behind, as I experienced a deep feeling of responsibility to Jack.

He arrived clearly rehabilitated and loved by NDLB volunteers and workers, as he settled in quite nicely. The transition was easier than expected, as Brandy and Devon at NDLB were very supportive. The two weeks that followed were interesting indeed, as Jack adjusted to his new life.

His Samoyed sister, Jasmine, slowly came to realize life’s not JUST about her; I’ve learned dogs are very adaptable.

And, two months later, what was once a dog destined for slaughter, is now a beloved family member–a comical, forever starving, highly affectionate, pampered pooch–a flying floof of sorts–who’s loved and supported by friends around the globe.

As for me, well….other than the obvious… I’ve gained a support group, friendships, and a family of sorts through No Dogs Left Behind

I’ve woken up, and will scream loudly now! 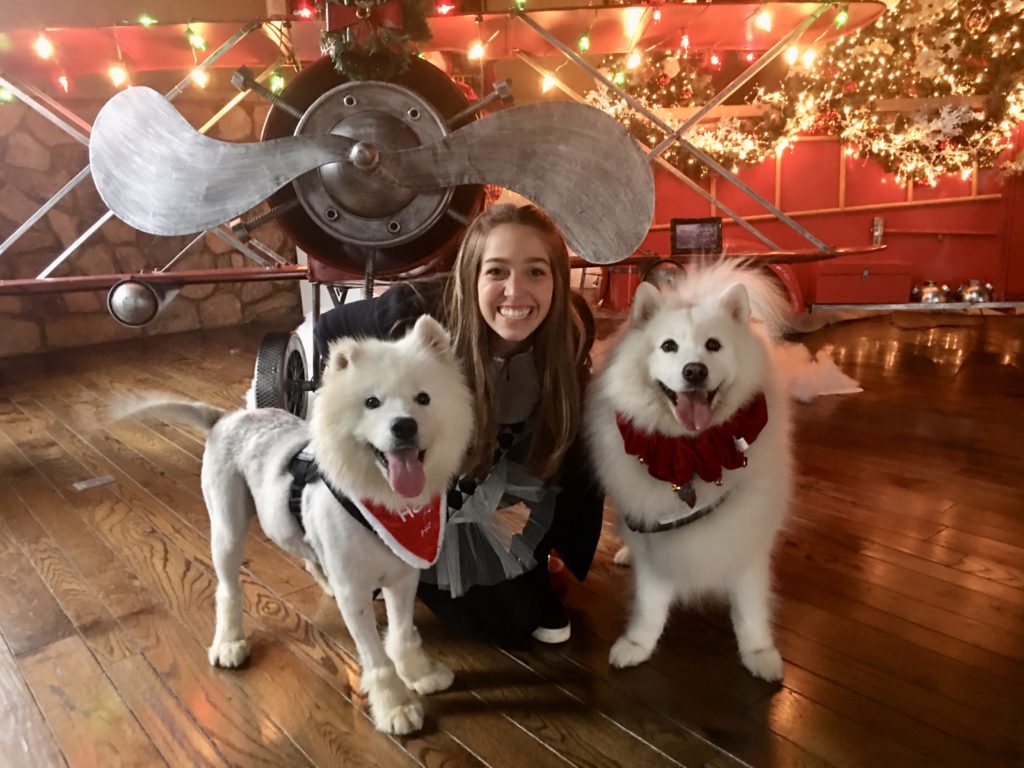 Susie Zampatti, Loving Parent of Jack the Samoyed and Proud Advocate of NDLB!